In the spring of 2005, Norway’s Minister of Defence, Kristin Krohn Devold, stood before members of the press addressing questions about the country’s armed forces training when a reporter asked, “Do you have access to data for environmental emissions from ammunition?”

The Minister answered that she did. Soon the FFI was on the phone with its environmental reporting provider Emisoft to find out how it could get access to ammunition emissions data. As it had done since FFI first implemented its software in 2000, Emisoft configured a powerfully precise module to collect, process and report data for all use of ammunition, domestically and in foreign operations. From the collected data, the platform calculates the amount of emissions on the shooting stand, in flight and within the target area. And those calculations have been part of FFI’s annual environmental report ever since.

Prior to the 21st century, the Norwegian Defence Research Establishment, Forsvarets Forskningsihstitutt or FFI, had a very low degree of reporting. Information that was collected was noted by hand, with little consistency or traceability, and it was often difficult to track who had reported the data.

FFI needed to be able to answer serious questions about emissions and sustainability. “We also wanted to be an environmentally responsible organisation,” says Øyvind Voie, research manager at FFI.

FFI first met with the Emisoft team in 1999 to determine how the company’s innovative environmental reporting software could help organize and clarify the environmental impact of the Norwegian Armed Forces. Over subsequent weeks, Emisoft configured a solution that could precisely address the uniquely challenging needs of a national defence ministry and adhere to strict requirements of government accountability and environmental regulations. Plus, beyond just satisfying regulatory needs, the Defence Research Establishment was focused on understanding and improving its environmental impact.

In 2000 the Emisoft system was deployed across the FFI, offering clean, traceable, transparent, consistent and compliant data collection, processing and reporting on all activity that had or could have an impact on the environment. In the 16 years since, Emisoft has supported the FFI in expanding its application of the software, to the point that it now processes all environment-related data for Norway’s entire department of Defence, including waste management, energy consumption, fuel consumption, ammunition use, water consumption, chemical management and emissions to air from vehicles, aircraft and buildings.


The standard Emisoft software solution includes robust modules for collecting, organising, processing and reporting data for all these applications and more, including greenhouse gas reporting, noise sampling and emissions to water. The Emisoft team is used to working with customers throughout decades-long relationships, helping them adapt the software and customise modules to meet their changing needs over time.

and the Norwegian Defence Research Establishment. An annual report explains the results in each environmental area and details achievements, insufficiencies and goals going forward.

FFI also uses the information available in the various reports to run scenarios to evaluate likely results of potential decisions or changes made in an area of Defence, using a robust testing capability that’s built into the Emisoft solution.

“The reports are very detailed,” Voie says. “So we’re able to highlight areas for improvement and run ‘what if’ scenarios to see how we may perform next year.”

Sixteen years on, Emisoft and FFI still meet on a quarterly basis to evaluate the system’s performance, discuss any suggestions for improvement and review new functionalities and options. FFI has the full solution at its disposal and is able to configure new functionalities for itself. In addition FFI can rely on the Emisoft team’s environmental expertise and experience to help ensure it’s doing everything possible to improve its impact and performance.

“The Emisoft solution makes it easier for us to report,” says Voie. “We’re able to set and achieve sustainability goals that we can be proud of because of the data quality and confidence provided by Emisoft.” 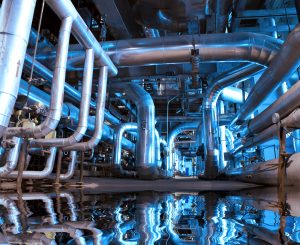